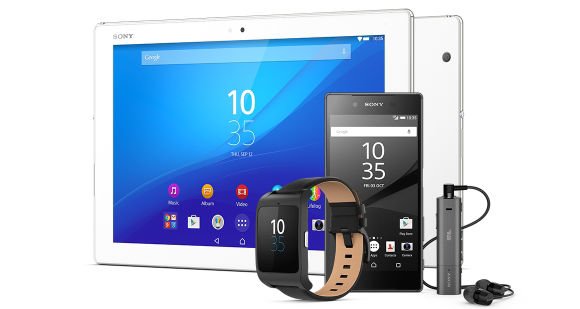 Sony Xperia Z gives a tough competition to Samsung Galaxy S3 and iPhone 5 with quadcore S4 Pro processor and 4G LTE in a waterproof glass casing. Sony has claimed that Xperia Z’s water and dust resistance is better than other waterproof smartphones available on the market.

When it comes to camera, Sony Xperia Z sports 13.1 megapixel with a single-LED flash at back that is capable of recording 1080p video. On the front Xperia Z has a 2.2 megapixel snapper. Xperia Z also includes Sony’s proprietary Exmor RS image sensor technology, allowing it to record HDR video.

Boasting of Xperia Z, Kuni Suzuki, President and CEO, at Sony Mobile Communications in Sony’s press release said, “We are bringing over half a century of innovation in TV, imaging, music, film and gaming to create a superphone experience that truly stands out.”

Sony confirmed that Xperia Z will begin rolling out in Q1 of 2013, although no mention was made regarding its UK release date. Regarding Xperia Z’s price, Sony hasn’t made any official comments, but as per speculations the smartphone is sure to enter the market with an high-end price tag.

Samsung Exynos 4 processor operated devices were reported to be vulnerable to attacks from malicious applications according to a developer. The international models of the Galaxy S2 and S3, Galaxy Note and Note 2, Galaxy Tab 7.7 and Galaxy Note 10.1 are among the devices from Samsung running an Exynos 4210 or 4412 processor.

Various devices from Meizu, Lenovo, and smaller Asian manufacturers operating on Exynos 4 processors are also open to attacks. The security risk was discovered and explained by an XDA member, who operates with the handle, ‘alephzain’. The threat will allow the applications to extract data from the device’s RAM and introduce malicious code in the kernel.

Galaxy S3 users faced another problem earlier when a hack code for the device surfaced on the internet. Applications can gain root access to the affected device without any user notification and cause instability in the smartphone’s software. Talking about the threat to Exynos 4 devices, alephzain wrote, “The good news is we can easily obtain root on these devices and the bad is there is no control over it.”

Another XDA member, ‘chainfire’ has released an APK, which roots the affected device and removes the vulnerability and if the device is not rooted, then the application roots it. It is cautioned that the usage of the patch will void the users’ warranty of the device.

Samsung has been notified about the vulnerability, but the South Korean company is yet to make an announcement about a fix for the threat. With security issues popping up, Samsung might need to find a permanent fix for the problems in the future.