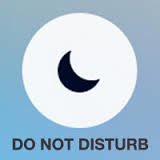 iPhone Do Not Disturb (DND) bug will fix itself automatically on January 7 according to Apple. The bug had stopped the service from functioning normally as the new year set in and the schedules of the iPhone users were disturbed. The DND service allows the users to set time periods for which they can choose not to receive calls or limit calls.

The DND bug plaguing iPhone users has instigated many developers to find the reason for this situation. Many developers have come up with explanations suggesting that the problem lies with the Unix codebase and the DND timing system. Reports from other tests suggest that the problem would re-appear every year, but the date of the fix would be different.

Announcing the automatic fix, a support document from Apple read, “Do Not Disturb scheduling feature will resume normal functionality after January 7, 2013. Before this date, you should manually turn the Do Not Disturb feature on or off.” Some avenues suggested users to change the date and check the correctness of the statement, which yielded positive results.

The DND bug for iPhone surfaced at the time Apple released an advertisement promoting the feature. The ad features tennis stars Venus and Serena Williams losing to a user at a table tennis rally in a dream sequence.

iPhone 5S or 6, the next variant from Apple in the smartphone category is brewing up rumours about its release. The recent speculations suggest that the next iPhone will operate on iOS 7 with reports hinting that the California company has begun testing for the new device.

The application usage logs are reported to be the source of the new rumours as developers state that recent activity hints at a novel code, which bears the mark of a new operating system from Apple. iPhone 5S or 6 rumours follow speculations of other Apple devices, which have been appearing recently.iPad mini and iPad 5th-generation release speculations have been also circling the market.

The identifiers according to the app logs for the current device, iPhone 5 are iPhone 5,1 and iPhone 5.2, but the new identifiers have the code which reads iPhone 6.1, thus setting the rumour mills in action. The code names cannot be faked, which suggest that there might be some base for the rumours, though there has been no official confirmation.

Reports suggest that Apple has started working on developing iOS 7 and is reported to finalise the features to be included in the first public release of the operating system. The failure of Apple maps application might have been the driving force for the development of the new software.

Rumours hint that iPhone 5S or 6 might release in the middle of this year. Many analysts have negated the notion of Apple releasing the next iPhone at the rumoured time stating that it would be too early, even for the technology giant.