iOS 6.0.2 update release might have been marred by reports from the users that the new upgrade from Apple is draining the battery of their devices. iPad mini and iPhone 5 were the devices, which received the iOS 6.0.2 update. While some users reported the problem, other users have no qualms about the upgrade. 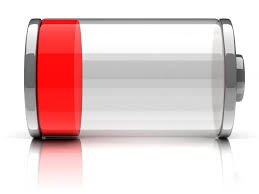 With new issues in its operating system, it has not been a good year for Apple, barring the sales of its devices. iOS 6.0.2 update was released to fix a Wi-Fi bug, which was plaguing the devices of users. The bug seems to be fixed, but the collateral issue of battery drain might spoil the effectiveness of the i0S 6.0.2 update.

TidBITs suggest that the battery drain might be related to the functioning of the Wi-Fi service. After the upgrade, the devices are reported to scan for accessible networks in a way, which might be draining the battery, though this cannot be confirmed at this point of time as the reach of the issue is still unknown.

With the release of iOS 6.0.2 update, Apple also released iOS 6.1 beta 4 to developers for testing purposes in addition to a new preview of Xcode 4.6 and a new Apple TV beta. Reports suggest that the first major upgrade to iOS 6 might be on its way.

iOS 6.0.2 update release for iPhone 5 and iPad mini is reported to fix the Wi-Fi bug plaguing users of Apple’s operating system. The new software update comes into effect after many users complained about connectivity issues on their smartphones and tablets. iOS 6.0.2 update is a minor update which fixes only Wi-Fi problems.

The new update is available either through iTunes or over-the-air (OTA), though some users complained about facing some problems with the OTA update initially. iOS 6.0.2 follows iOS 6.01, which was released in November and also promised to fix the connectivity problems with Apple devices.

The predecessor of iOS 6.0.2 update fixed a Wi-fi data bug, which consumed data on the cellular network despite being active on a Wi-Fi connection. This problem was reported to be specific on Verizon Wireless. Apple’s new operating system has been widely criticised since its inception for the maps application.

Google recently released its maps application for iOS platform and it was widely accepted by the users as it reached over 10 million downloads in just 48 hours of its launch. Apple released iOS 6.1 beta 4 to developers for testing purposes in addition to a new preview of Xcode 4.6 and a new Apple TV beta.

The launch of iOS 6.0.2 update has also increased the speculations about the California giant working on the first major update to its new operating system, iOS 6.1.

4th-genration iPad is rumoured to be followed by a thinner and lighter 5th-genration iPad in March next year and will also imbibe iPad mini design capabilities. The speculations about the iPad 5 release have been surfacing on the market since the release of iPad 4 and iPad mini.

iPad 5 is speculated to be reduced 4mm in height, 17mm in width, depth 2mm according to a Japanese blog, Macotakara. The dimensions of 4th-generation iPad are 241.2 mm by 185.7 mm by 9.4 mm, which if deducted by the blog’s numbers points to a shorter, thinner and lighter iPad.

If the rumours turn out to be true then it will be only five months since the launch of the previous iPad, which might hamper the sales of iPad 4th-generation. The quick release of the successor of iPad 3 and iPad mini from Apple might hint towards an aggressive strategy from the California company.

The Japanese blog had earlier stated the dimensions of unreleased iPads, though nothing can be confirmed about the release of 5th-generation iPad and 2nd-generation iPad mini. Apple released its earlier tablets in the March/April cycle, will March next year bring the next generation of iPad?